You are here: Home / Blogs / How to Fix Cast Iron Without Welding

Cast iron is a bit different from normal iron as it is an alloy of iron containing a few other substances such as Carbon, Silicon, and Manganese. It also contains some impurities in trace quantities. The addition of other substances makes cast iron much more resilient and unbreakable. Therefore, in most situations, cast iron is preferred over iron. 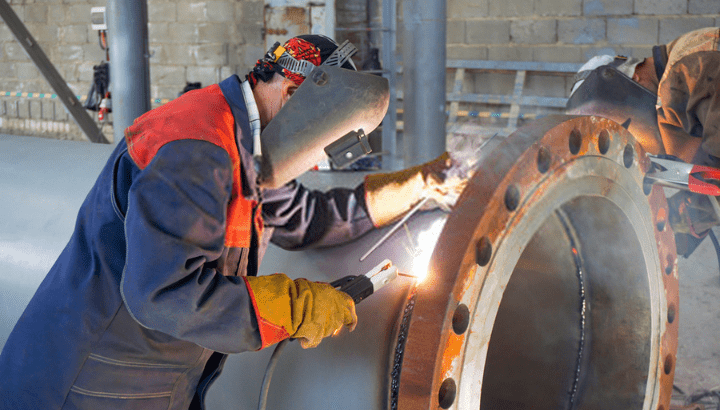 As mentioned, in How to Weld Cast Iron, the usage of cast iron is very common these days in a lot of different sectors because of its sturdiness but the downfall to this trait is that it causes cast iron to become brittle and prone to cracking. These cracks can be bought by various factors such as a temperature shock, physical shock, or change in a thermal gradient.

To resolve the crack, welding is an option that comes to our mind but welding can be very technical as it requires certain skills and practice moreover, welding can also cause additional damage to the process.

The main question that arises is “How to use cast iron without welding”. There are a few methods and techniques that could be used instead of Welding such as metal stitching, use of epoxy putty, or brazing. Some of the most common methods of fixing cast iron would be discussed in detail below:

The brazing method is effective as it requires less heat than welding. This process best explains how to fix cast iron without welding. Let’s talk about the process in detail.
Read also, Best MIG Welder Under $1000

The first and foremost step in the brazing method is the selection of the right filler rod. Mostly the filler rods are made up of brass or nickel,

The next step is to make sure that your cast iron is clean and not contaminated with any impurity that may cause a hindrance in the process.

The third step in the process is grinding the cracked surface with a grinder so that we have space available for equal distribution of the filler material.

The step that follows is cleaning the grounded surface with a brush so that the excess grounded materials could be removed.

After making sure that the surface is clean, the cracked part of the cast iron is heated slowly. Slow heating is very important as it reduces the chance of further damaging the surface.

Next, a blazing torch is required to heat the surface of the crack at a much higher temperature until the cast iron turns red. After making sure it is heated enough, place the filler inside the crack to let it flow inside the crack and fill up all the void spaces. Keep heating until all the filler gets divided equally into the crack.

The last step of the brazing process requires placing the brazed cast iron in the sand and covering it up completely for at least one day. This step enables the cast iron to cool down slowly which is very essential as fast cooling could lead to further cracks. Soil cooling makes the cast iron more durable and firmer.

The epoxy method is a very constructive method of How to fix cast iron without welding.

The first step of epoxy putty requires the selection of the right epoxy. If for example the cast iron that you need to fix is used for cooking purposes then using a heat-resistant epoxy would suit you the most.

The next step is to make sure that the cast iron is free of any kind of contamination or rust as impurities can make the process less effective.

3. Preparation of the epoxy putty

After cleaning the next phase is to prepare the epoxy putty. Equal parts of epoxy resin and epoxy hardener are mixed to make a putty. You can also read the instructions at the back of the epoxy tube for better guidance.

4. Keeping the cast iron together

After the putty is prepared, you will have to put the cracked or broken pieces of the cast iron together for better application of the epoxy.

The next step is the application of epoxy putty over the cracked surface. Make sure to cover all the cracked parts with epoxy putty until every crack is filled up with enough epoxy. The excessive putty can then be removed with a putty knife.

To make the cast iron more durable, adding fiber over the wet epoxy may help for better grip and hardness.

The last step of the process is drying the cast iron until it is hard and firm. The drying may at least take 2 to 3 days. After it is completely dried, final touches are made such as sanding the area for smoothness or applying a coat of paint for a cleaner look.

Summing up the complete story, we now know how to fix cast iron without welding. All the methods mentioned above are an excellent replacement for welding as welding is a process that exhibits a lot of risk and damage possibilities.

These alternative methods are widely used all over the globe and they provide satisfactory results to the users. After all, there is nothing more satisfying than a pretty little fix.

Terje Chuck from Dallas, TX has welding experience of 30+ years. He believes in providing quality metal products while keeping the work environment safe and clean. He is one of our biggest resources that is skilled at interpreting blueprints to assemble them in a structure as per specifications. 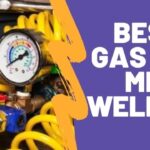 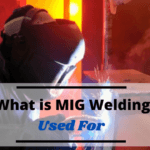